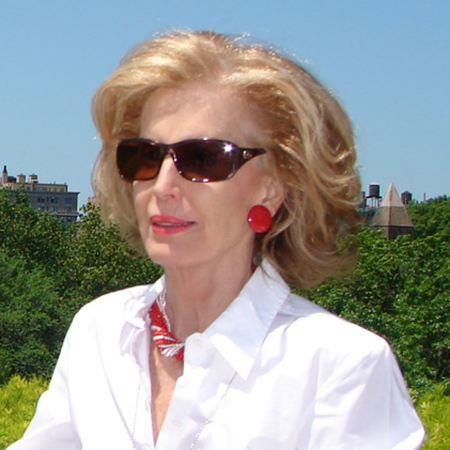 Betsy Glaeser, an NTM patient for more than 18 years, is a charter member and co-leader of the New York NTM patient support group, and a member of NTMir’s Board of Directors.

With a resistant strain of NTM requiring daily constant daily treatment, Betsy was fortunate to be accepted into the National Institutes of Health NTM protocol which has directed her care, supplemented by NYU-Langone. She chose to pursue her love of art history after her diagnosis, earning an M.A., passing doctoral orals, and obtaining a second M. Phil degree. She also holds an M.A. in history. After her first job as grants officer at a Rockefeller Fund, she did an MBA in finance. She managed capital markets for Mobil Corporation for over 20 years, and then directed the consulting practice for corporations’ risk management for Deloitte. In 1999 her NTM-related health issues prompted her to leave the workforce. She still audits art courses.

Despite the challenges of having NTM lung disease, Betsy maintains an active and enriching life. In addition to her work with the support group and NTMir, which she finds very fulfilling, she audits art courses and spends many weekends away in Connecticut with her psychiatrist husband. She also has a large family which she enjoys greatly, including her son as well as three grandchildren and three step-grandchildren.